ADVERTISEMENT
Hottest Rookies In The MLB 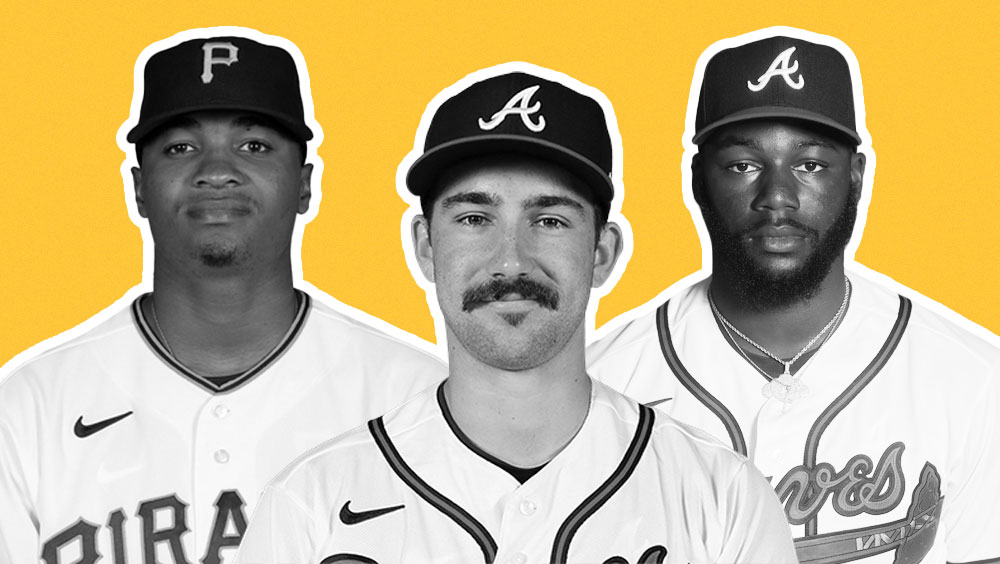 It's been quite a year for MLB. Not only did the 2022 season see two upsets, with the Phillies knocking off the Braves and the Padres taking down the Dodgers, but some real talent has come off the bench for some spectacular first-year performances. Here are the 10 hottest rookie talents we've seen so far this year.

The 2022 Rookie of the Year isn't just playing, he's dominating the race for AL MVP. A power hitter who's getting control of his strikeout numbers, Julio's got an amazing career ahead of him.

Seattle's second promising new player, George Kirby racks up a dozen strikeouts for every walk he gives away, and he's got solid stats going into the finals. He's in load management at the moment, but 2023 looks like it's going to be lit for the Mariners.

The new Braves' pitcher is doing to the NL what Rodríguez is for the AL. With just eight starts for the whole season, he still managed to rank 10th in the league for strikeouts.

Speaking of the Braves, Atlanta also has a smoking-hot rookie in its outfield. Michael Harris II is a terror for batters who drive up the center, only to wind up in his mitt for a double-play. He's also averaging 28/600 AB for homers, which is knocking on the door to Willie Mays' lifetime stats (34/600). Heady stuff for Atlanta's hometown kid.

Adley Rutschman is one of the factors driving the Orioles to success this season. With a solid .256/.348/.526 line and 11 walks versus 11 strikeouts, he's certainly adding to Baltimore's chances in 2023.

Another Oriole up-and-comer is relief pitcher Félix Bautista. At the moment, his batters are lucky to break .135 against him, making him a terror in the last two-dozen appearances he's made on the Orioles' mound.

It's a rare rookie who can claim to also be a comeback kid, but that's how 2022 has gone for Cincinnati's new pitcher. Baz took off to a rough start in Spring, but he's spent the summer straightening that out and now has an almost religious devotion to not allowing runs while he's pitching.

When Max played Double-A in 2021, his average performance didn't catch anyone's eye. A speedrun through Triple-A last summer opened the door to closing the season with the Jays, and he's dominating in every one of the few appearances he's made so far.

The new Cubs outfielder started with a bang with a solid .255/.306/.480, and he's already got 15 RBIs and 17 runs scored. If he can control those strikeouts, he's potentially a future star.

The Pirates are still pretty far from league champions, but De Los Santos might be part of changing that. He's got a few saves, and his ratios are looking good, especially by Pirates standards.