ADVERTISEMENT
Weirdest Olympic Events That Will Make You Scratch Your Head 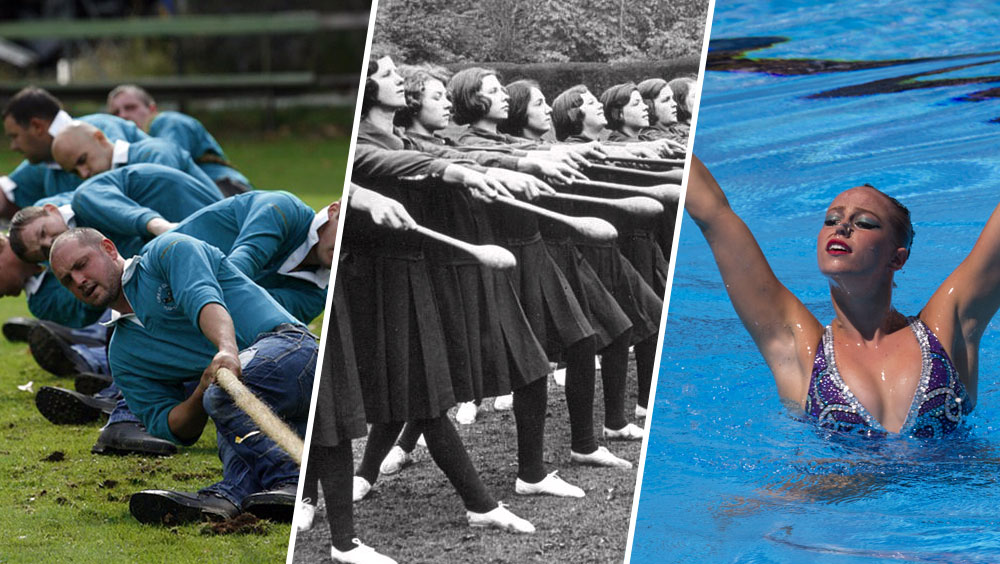 A gold medal for tug of war? It really happened. Find out about some of the strange sports that made it to the Olympics but later fell out of the spotlight.

A precursor to rhythmic gymnastics, club swinging was featured at two Olympic Games, in 1904 and 1932. The sport involved a pair of wooden clubs, resembling thin bowling pins with long necks.

Athletes held one club in each hand, swinging and twirling them in a complex five-minute routine. Medals were awarded based on the difficulty of the routine and how well it was executed.

Most of us know tug of war as a children's pastime, but it was featured at five Olympic Games between 1900 and 1920. The sport pitted teams of eight athletes grasping a rope in a test of strength, trying to pull an opposing team over a line.

Great Britain was the last country to win Olympic gold in tug of war in Antwerp in 1920. The team was comprised mostly of police officers and won all six of its games. The Netherlands won the silver medal and Belgium beat the United States for bronze.

One of the more puzzling sports to appear at the Olympics is solo synchronized swimming — who is an individual swimmer in sync with? Some people argue it's the music, but still, the solo format only lasted for three Olympics, from 1984 to 1992.

Today the sport is known as artistic swimming and features duet and team events.