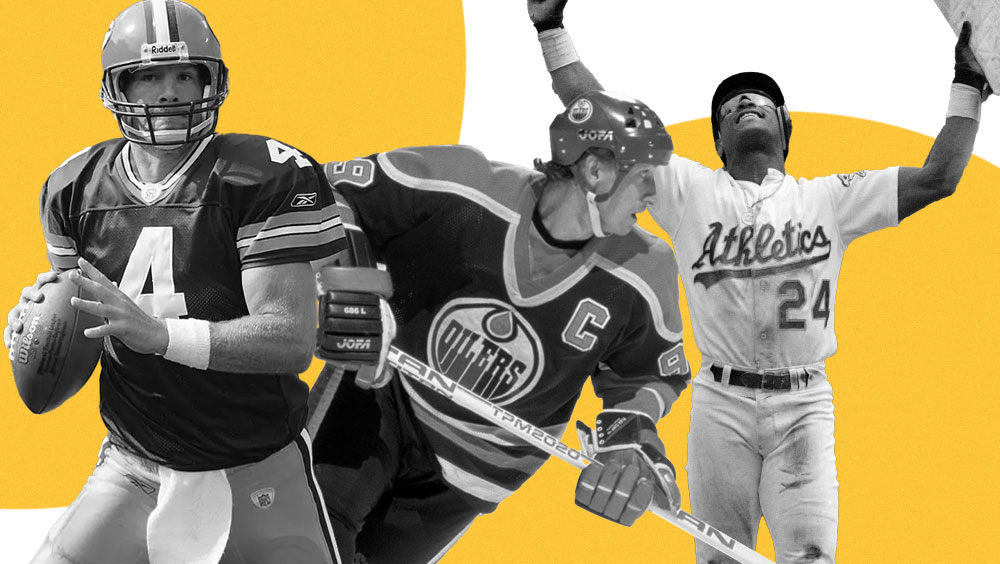 While some records are made to be broken, some are simply unreachable. For some, it's because how games are played has changed over the years. For others, it's simply due to the uniqueness of the player.

Most Career Points in NHL

Known as "The Great One," Wayne Gretzky scored 2857 points in his career. To break this record, a player would need to score over 140 points per season for 20 years.

Most Consecutive Losses in NFL

This sad record belongs to the Tampa Bay Buccaneers, who lost 26 consecutive games in the 1976 and 1977 seasons. The Jacksonville Jaguars come closest with 20 straight losses.

Most Stolen Bases in MLB

Rickey Henderson snuck in 1406 stolen bases in his career. Today, the risk of injury outweighs the benefit of one extra base, so it's unlikely this record will ever be broken.

Most Career Passes Intercepted in NFL

This dubious honor belongs to Brett Favre. In his 20 season career, he threw 336 interceptions. However, he also is one of the most successful and celebrated quarterbacks in the NFL Hall of Fame.

Most Interceptions in a Season in NFL

Cornerback Night Train Lane had the most interceptions his 1952 rookie year. Today, cornerbacks don't get passed the ball often enough to reach this level if they tried.

Most Consecutive Championships in NBA

From 1958 to 1966, the Boston Celtics dominated the NBA, winning the championship each season. Beating their "eight-peat" is highly unlikely today, as there are more total teams in the league than in 1966.